TackTracker's powerful race analysis engine generates a wealth of useful data about your racing. Race Reports leverages this engine to bring you a suite of powerful reports for any TackTracker race. For example, TackTracker can generate reports showing placings at each mark of the course and the final placings and race times. We can even calculate handicaps!

Reports may be viewed in your browser or downloaded as CSV for importing into a spreadsheet or other analysis tool.

Race Reports are now available online in the TackTracker Cloud.

You will need a Race Reports (or Club Regatta) license. You can buy a license from the TackTracker Shop.

Access race reports under the Web Player as shown:

Reports available for normal yacht races are described below. In addition we have special reports for Variable Laps races and for Navigation Rally Events.

The current placings report is great for live race presentation as it gives the current estimated scratch and handicap placings of the fleet, legs completed and distance yet to be completed.

The Leg Times report presents the elapsed leg times for each boat at each leg rounding.

The Relative Leg Times report presents the leg times for each competitor relative to the best performing boat for the leg. You can see at a glance where times were gained and lost.

This report shows where places were won and lost during the race, beginning with a snapshot 30 seconds after the start and updated for each leg of the course. You can see at a glance which legs cost or won you the most places. The handicap variant uses corrected places rather than scratch places.

This report shows relative leg times compared with the winning boat. You can see at a glance which legs cost or won you the most time. The handicap variant uses corrected times rather than scratch times.

The Legs Summary report presents the same information you see in the TackTracker Legs table in a printable report. A separate table is produced for each leg of the course, summarizing each competitors leg distance, times, deviations, speeds and VMG. If this is a handicap race, the report also shows the adjusted times for each leg. 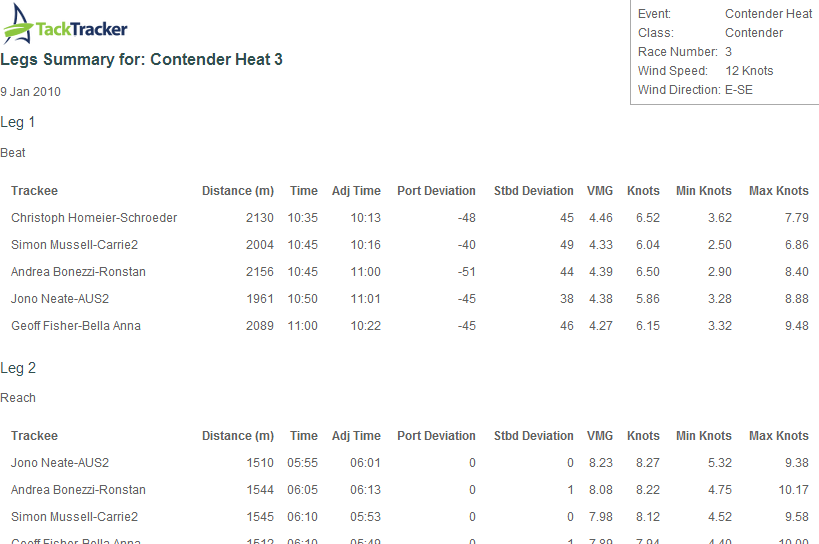 The Tacks Summary report presents the same information you see in the TackTracker Tacks table in a printable report. A separate table is produced for each competitor, listing all tacks throughout the course together with distances, times, bearings and speeds. 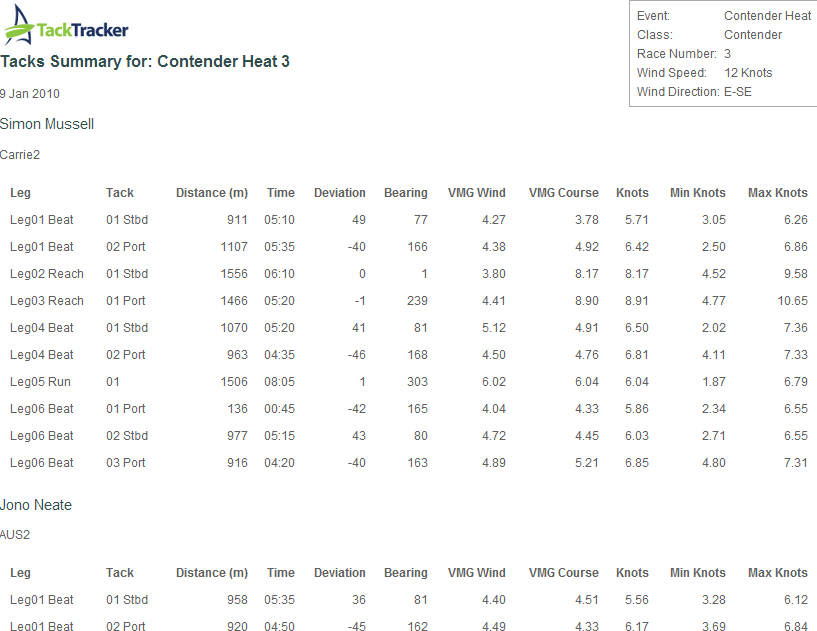 If your competitors are certified by the ORC, and you have a Club Regatta license, you can not only download handicap data directly into TackTracker, but with this report you can also analyse your results against ORC predicted speed data across the range of wind speeds and bearings.

To put it simply, compare your performances against the ORC prediction and find out where you exceed or fall short of your rated speed. 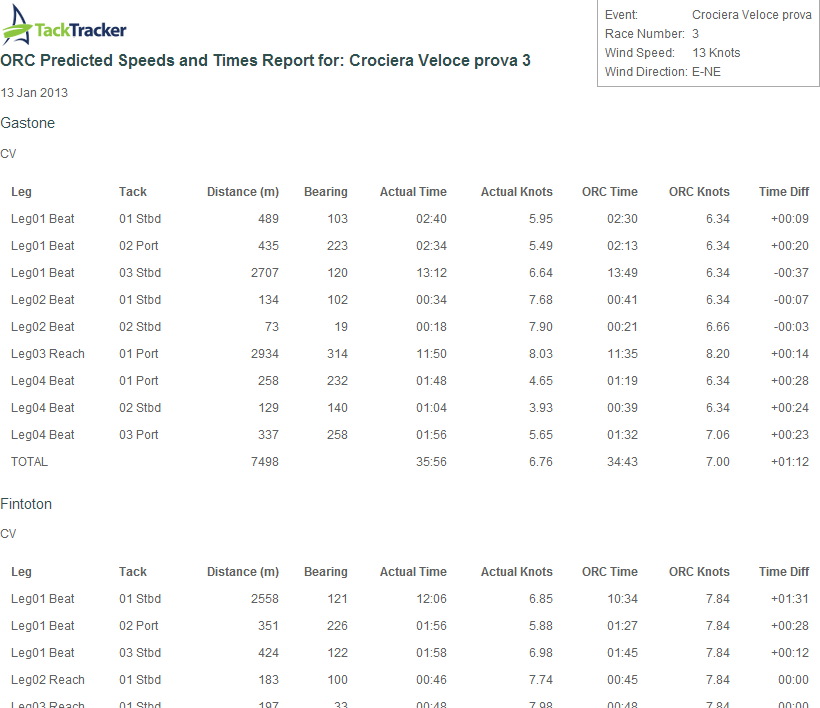